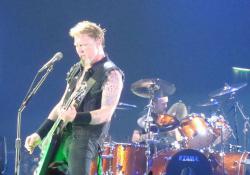 Metallica - The biggest heavy metal band on the planet last toured Metallica in 2021. In 2023 and 2024 Metallica will come on tour around the globe again. Their last album "Hardwired... To Self-Destruct" shot to number one in the charts worldwide and has sold over two million copies to date. The band around founding members Lars Ulrich and James Hetfield, which has already won the award for best live band, is eagerly awaited by its fans to return to the stage. With their last concerts, Metallica broke audience records and proved once again that they are the thrash titans.

Get your Metallica tickets now and experience one of the greatest bands of all time live on stage in 2023 and 2024!