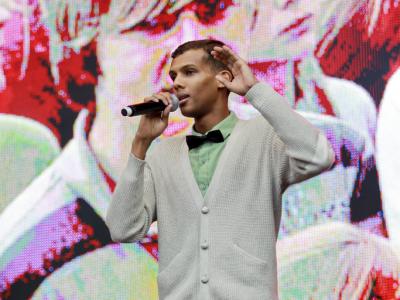 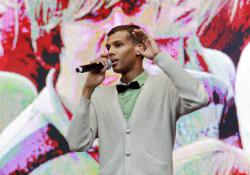 Stromae tickets for the "Multitude Tour" 2023.

Stromae is back! After seven years of musical abstinence, the Belgian not only returns with his third album "Multitude", but also announces an upcoming tour for 2023 for the promo. His tour of Europe will take the singer to Berlin and Cologne in May 2023:

Secure your Stromae tickets now at ticketbande and finally experience the Belgian musician live on stage again in 2022 and 2023!

In 2009, Pauk Van Haver aka Stromae created an international earworm with "Alors on danse". For weeks the track was number 1 in the charts. Stromae also succeeded in wowing fans and critics with "Papaoutai," "Formidable" and other songs from his 2010 debut "Cheese" as well as the follow-up "Racine carrée." After a retreat from the music industry due to illness, the singer, born in Brussels in 1985, is returning to the charts in 2022. After Stromae already dropped the singles "Santé" and "L'enfer" some time ago, the accompanying album "Multitude" is now released.