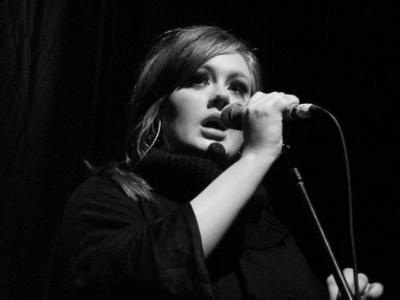 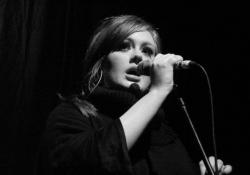 Will Adele be back in concert in 2023 and will all Adele fans be able to buy Adele tickets for the 2023 tour again? Is Adele going on tour in 2023? Millions of Adele fans around the world are praying that a new Adele Tour 2023 will become a reality.

On 15 October 2021, Adele released her new song "Easy On Me".
This gives Adele fans around the world hope that a new album and a new Adele tour will soon follow as well.
It would be the perfect compensation for the now almost two years of live music deprivation: a new Adele album and a new Adele tour.
Adele is working on a new album, which was supposed to be released in September, but the release has been postponed. It'll be ready when it's ready, they say! Can we look forward to a new Adele tour soon, maybe in 2023 or 2024? You can get all information on Adele tickets and Adele concerts at ticketbande.

Adele - the absolute exceptional talent of the 21st century! The humorous, down-to-earth singer with a unique voice that fills entire halls. Many mega-stars manage to bring stadiums and halls around the world to boiling point, but only Adele manages to silence the biggest arenas in the world. Her music touches you from the very first second and combines melancholic goosebump moments with the joyful highlights of pop music in a stunning way. But an Adele concert is not only about experiencing the singer's great music live, but also about getting an insight into her life. Between her songs, she likes to tell her audience private stories - here every fan really gets his money's worth.
Adele released her first album "19" in 2008, which hit the UK like a bomb, but in Germany the Adele album was not yet a smash hit.
The second Adele album "21", which Adele released in 2011, made Adele a superstar! In England, it has sold over 5 million copies so far, making it the best-selling album of the 21st century.
With eleven songs, Adele enchanted the whole world.
In 2012, Adele was given the great honour of singing the Bond song. "Skyfall" was a mega hit, even winning an Oscar, a Golden Globe and a Grammy for Best Film Song.
In 2012, Adele made her fans and the whole world very sad as she announced that she wanted to devote herself to her private life for a while.
In 2015, Adele then released the long-awaited third album "25". The first single "Hello" secured huge success in over 20 countries.
The eleven songs of the Adele album enchanted the whole world again and only strengthened Adele's status as a world star.
2016 was the last time Adele toured Germany. Will she grace Germany with her presence again in 2022?

Find out whether the likeable exceptional singer Adele will be on tour in 2022 at ticketbande. Register and don't miss any information about an upcoming Adele Tour 2022.