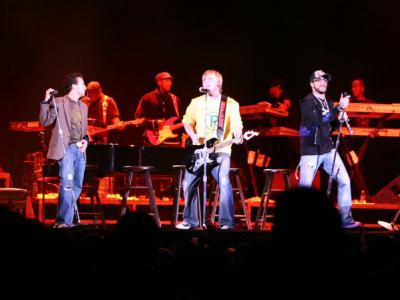 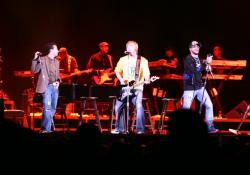 In autumn 2022, the Backstreet Boys will come to the Netherlands for a concert as part of their "DNA World Tour".

Get your Backstreet Boys tickets now at ticketbande and experience the comeback of the year live on stage!

In 1993 Howie Dorough, Alexander James McLean, Nick Carter, Brian Littrell and Kevin Richardson formed the boy band Backstreet Boys. Two years later their debut single "We''ve Got It Going On" was released, shortly followed by the hit "I'll Will Never Break Your Heart". With their debut album "Backstreet Boys" in 1996, the quintet secured the top position in the international charts for weeks. The boys from Florida continued this success with the follow-up "Backstreet's Back" and the most successful album to date, "Millennium" from 1999. Around the turn of the millennium, things got a little quieter for the Backstreet Boys. Kevin Richardson left the group in 2006. In 2012, his comeback was announced during a spectacular concert by NKOTBSB, a merger of the Backstreet Boys and New Kids On The Block. After the album "In A World Like This" released in 2013, the Backstreet Boys' tenth long-player, "DNA", was released in 2019.