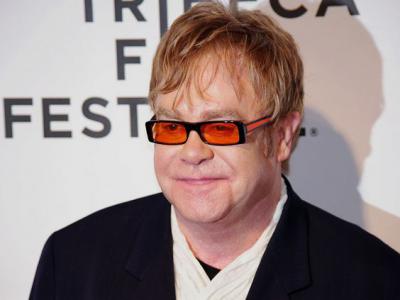 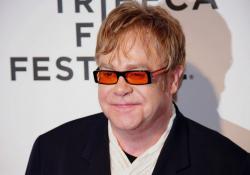 Since 2019, Elton John has been on a grand farewell tour, where he will present the greatest hits of his career to his fans one last time. The concert tour across the entire globe is entitled "Farewell Yellow Brick Road". In April/May 2023, Elton John will play concerts in the United Kingdom.

Elton John will play the following concerts in 2023:

He is still considered one of the most enigmatic personalities in the music world: Elton John. Due to his musical talent in particular, of course, but also because of his extraordinary costumes and boundless theatricality, Elton John advanced to become one of the biggest pop superstars of the seventies. His repertoire includes ballads as well as rock 'n' roll titles and gospel-like blues and boogie numbers. In the course of his career, Elton John has released numerous albums and singles that have topped the charts worldwide. With 300 million records sold, the songwriter and musician is one of the top five best-selling artists, along with Madonna, Michael Jackson, Elvis Presley and the Beatles. He also wrote several musicals such as Aida and Billy Elliot and won an Oscar in 1994 for the Lion King song "Can You Feel the Love Tonight".
The British singer, born Reginald Kenneth Dwight, launched his music career at the tender age of eleven when he attended the Royal Academy of Musical on a scholarship. Blues singer John Baldry and saxophonist Elton Dean from the band Bluesology, which accompanied Elton John from 1961, not only became early employers and mentors, but also provided the young musician with his stage name, with which he performed from then on. In 1967, Elton John composed for the first time with lyricist Bernie Taupin. Their first joint album Empty Sky from 1969 is considered the beginning of a long and successful friendship.
Elton John celebrated his greatest successes in the seventies. In 1971, he released three studio LPs and a live album in just one year, including the magnificent "Madman Across the Water". Since the Beatles, Elton John was the first artist to have four titles in the American Top Ten at the same time. "Your Song", "Rocket Man", "The Bitch Is Back", "Bennie And The Jets", "Candle In The Wind" and "Crocodile Rock" are hits of those successful years that almost everyone still knows today.
Elton John also produced some very successful platinum albums and Top 40 singles in the 80s. Songs like "I'm Still Standing", "I Guess That's Why They Call It The Blues", "Nikita", "Sad Songs" and "Blue Eyes" provided the soundtrack for another generation. In the 1990s, Elton John enjoyed equal popularity. Despite the tragic circumstances, the death of Princess Diana, with whom the singer was a close friend, brought him the greatest single success of his career with the version of his song "Candle In the Wind", which he rewrote especially for her.
Around the turn of the millennium, things got a little quieter for the singer, without him saying goodbye to the stage. He observed the changes in the music industry and integrated them into his songs, for example in his 43rd album Peachtree Road. Even with later albums, Elton John was always able to convince fans and critics. In 2019, the biopic "Rocketman" was released about the musician's life, in which Taron Ewerton shines as Elton John and also sings his classics. The single "Cold Heart", a collaboration with singer Dua Lipa, was recently released and became the radio hit of the year.